Epigenetics is the study of heritable changes in gene expression (active versus inactive genes) that do not involve changes to the underlying DNA sequence. Epigenetic modifications can manifest as commonly as the manner in which cells terminally differentiate to end up as skin cells, liver cells, brain cells, etc. Or, epigenetic change can have more damaging effects that can result in diseases like cancer. At least three systems including DNA methylation, histone modification and non-coding RNA (ncRNA)-associated gene silencing are currently considered to initiate and sustain epigenetic change. New and ongoing research is continuously uncovering the role of epigenetics in a variety of human disorders and fatal diseases.

Chromatin is a complex of DNA and protein found in eukaryotic cells. Its primary function is packaging long DNA molecules into more compact, denser structures. This prevents the strands from becoming tangled and also plays important roles in reinforcing the DNA during cell division, preventing DNA damage, and regulating gene expression and DNA replication. During mitosis and meiosis, chromatin facilitates proper segregation of the chromosomes in anaphase; the characteristic shapes of chromosomes visible during this stage are the result of DNA being coiled into highly condensed chromatin. The structure of chromatin networks is currently poorly understood and remains an active area of research in molecular biology. 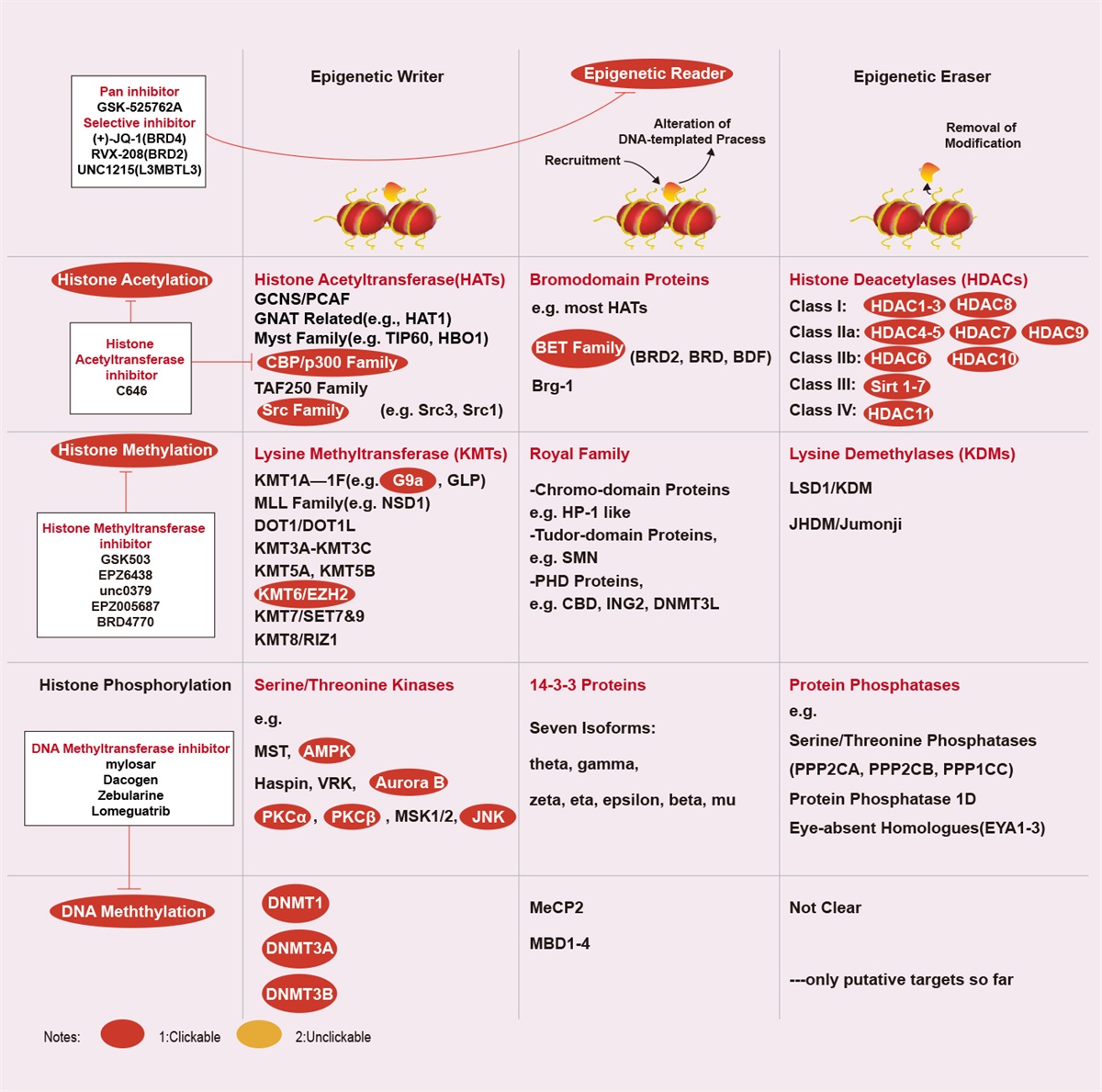