One of the greatest advantages of PROTACs, a class of protein degradants, is its ability to degrade the inactive protein. Most of the small molecule drugs need to combine the active site of enzymes to work, but for those proteins without enzyme active sites, are helpless. However, it is estimated that 80% of the proteins in human cells lack such sites, and PROTACs can catch and degrade the target protein. PROTACs has become one of the most promising new drug development technologies in recent years

TargetMol is always committed to serving researchers, supplying the most cutting-edge research reports and the most popular research products to all researchers. 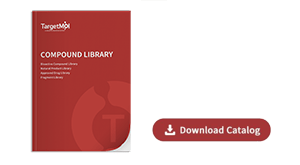